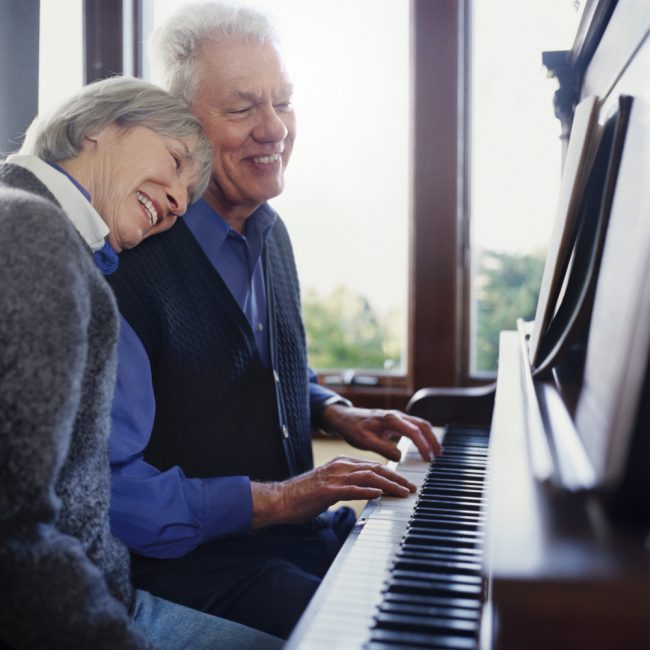 Although the media continuously publicizes new research around Alzheimer’s and other forms of dementia, there is still a large amount of uncertainty around the disease, how it progresses and ways in which individuals can delay its symptoms. Scientists have long preached that staying active, having hobbies, and creating strong social ties promote brain benefits and may help stave off cognitive decline. While there is currently no known cure or proven way to prevent Alzheimer’s or other forms of dementia, recent research suggests that music & exercise may help delay symptoms of dementia and help the brain resist damage over time.

A study conducted by Brenda Hanna-Pladdy, assistant professor of neurology, radiology and imaging science at Emory, revealed that those who played instruments before the age of nine had better verbal and working memory functions than individuals who started playing music later and individuals who had never picked up an instrument.

Furthermore, in an earlier study, Hanna-Pladdy also found that musicians who had been playing music for a minimum of ten years—even if they stopped playing altogether after this time frame—performed better at memory processing and flexibility activities than those who had never played an instrument.

Though there are currently no studies suggesting that teaching older adults to play an instrument would have the same effect as those individuals who started playing at a young age, the implications are significant given that researchers already know that music has a positive effect on people with dementia.

Various brain benefits can be acquired through a good diet, sunlight exposure and other healthy lifestyle practices like attending events for your health. Recent advancements in neurological research have proven the effectiveness of music therapy in improving our physical & mental health. Please join us for a class led by board-certified music therapist Carolyn Dobson. The class will consist of hands-on, cognitive function, speech and vocal skills. Class is free and open to the public but space is limited. For more information or to RSVP, please call (214) 559-5402 or email kshankle[@]belmontvillage[.]com.